#TeamKEMP truly enjoys Christian audiobooks during our family’s car riding time but until recently, we hadn’t tried audio drama. That’s why we were thrilled to receive the 2-CD set of St. Bartholomew’s Eve from Heirloom Audio to add to our car ride collection.

This audio drama told the story of the Huguenots who were persecuted for their expressed belief in Jesus Christ. Like many early Christians in Rome, it was extremely hard to show their faith or even explain to others what their belief system was as it pertains to salvation through Jesus Christ. As a result of many encounters with the Catholics and local leaders, a war began and there were several battles fought throughout the land. This production shares the tale of key leaders as well as their armies, hardships, and triumphs during this time. 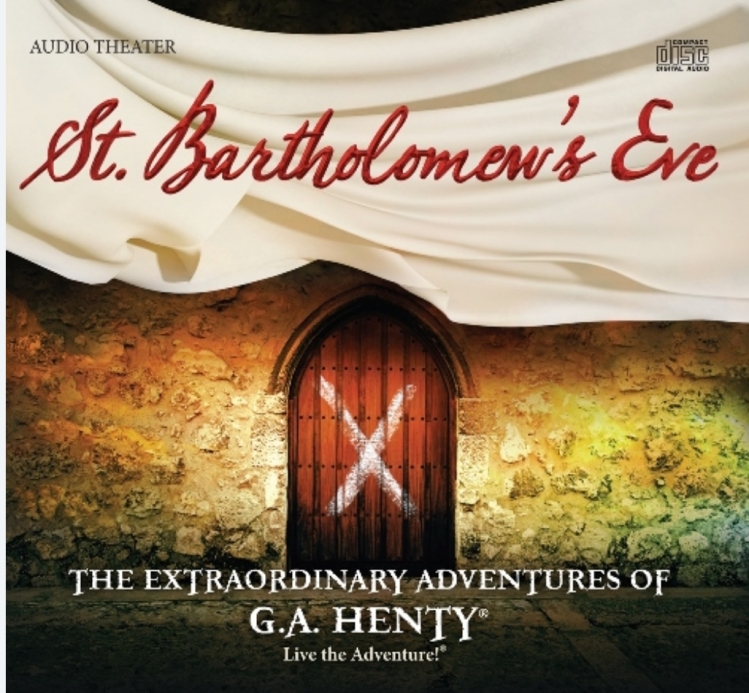 As we listen to the story a few key characters stood out to me because not only because of their importance to the concept but because of their character. Argento was a young boy that decided to go against the local religious popularity and help the Huguenots. At such a young age he bravely led the leaders to homes of their rivals so that those men could be captured. As a result, his family was found and during the chase Argento lost his leg. Even losing a limb did not stop him from continuing to aid as he could. His determination even as a child was a standout point in the story because persecution can occur at any age and we should always be preparing our children to be ready.

Philip was another character that stood out to me consistently. As the main character, his name was heard often and he went from being an overzealous and immature young man turned superior army leader. He was brave and always ready to fight to the death for religious freedom. Initially, he was ready to attack anyone but over time he learned that not every person that disagrees with you is against you. Philip also showed great creativity by coming up with a life-saving plan to save the fortress protecting the Huguenot army. By stacking cow carcasses they were able to sustain a major attack from an army that outnumbered them.

The Huguenots as a whole also impressed me continuously because of their willingness to work together. They had to battle through various elements with or without supplies yet they still held strong to their belief and trust in God. They prayed for themselves and also that those going against them would gain a clear understanding of the new covenant as shown in the New Testament of the Bible. Often times in this story people gave everything that they had to help support the movement. Some gave money, others volunteered time, many provided food, and people opened up their home as a shelter for the troops. When more soldiers were needed people volunteered wholeheartedly, knowing their cause was worth fighting for.

We all agree that istening to this performance was like attending a play in a theater. The dialogue presented by the actors was colorful and engaging throughout the entire performance. As they held conversations, mentioned scenery, and even the music and sounds added detail to the story. As the leaders were discussing battle plans we envisioned them sitting and standing closely. When the soldiers were preparing for battle you could see the swift moves of the men swinging swords and daggers. Gunpowder clouds and arrows were visible as they held target practice. Finally, you could see the men sincerely seeking God as Philip always commanded prayer and putting on the armor of God before every battle. We also put the armor of God on daily as a family so, hearing him give the command that everyone participates in this was appreciated.

We listened to this 2-CD set of St. Bartholomew’s Eve in the car and at our house. All of us listened to this audio drama and the tracks where approximately four to seven minutes each. We decided to always stop at the end of a track which made it easy to navigate to our point in the story and continue the production. Upon conclusion, every child was able to clearly explain, at their level, what happened and share their favorite parts. Heirloom Audio did a grand job capturing the importance of understanding our Christian history. I believe this story should implore us all to teach our children about persecution and how to prepare for it. Finally, we committed to pray for those that are being persecuted across the globe for their belief in the birth, life, death, burial, and resurrection of Jesus Christ.

Click the photo below to read other blog posts from the Homeschool Review Crew about St. Bartholomew’s Eve by Heirloom Audio. 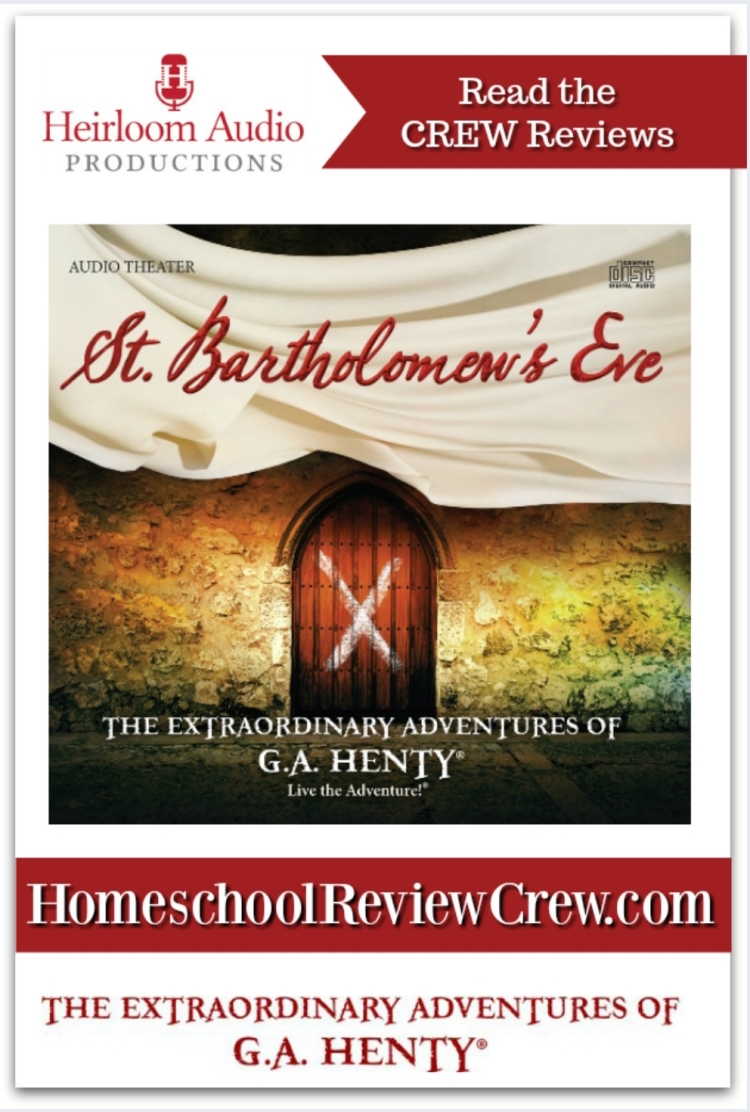