Bear recently started a new adventure book series from 12 Gates Publishing. The Hamelin Stoop Series tells the adventures of an orphan in our world and after he is summoned to a mythical world to help the locals. Each book features a unique story that connects them but also introduces a new journey. 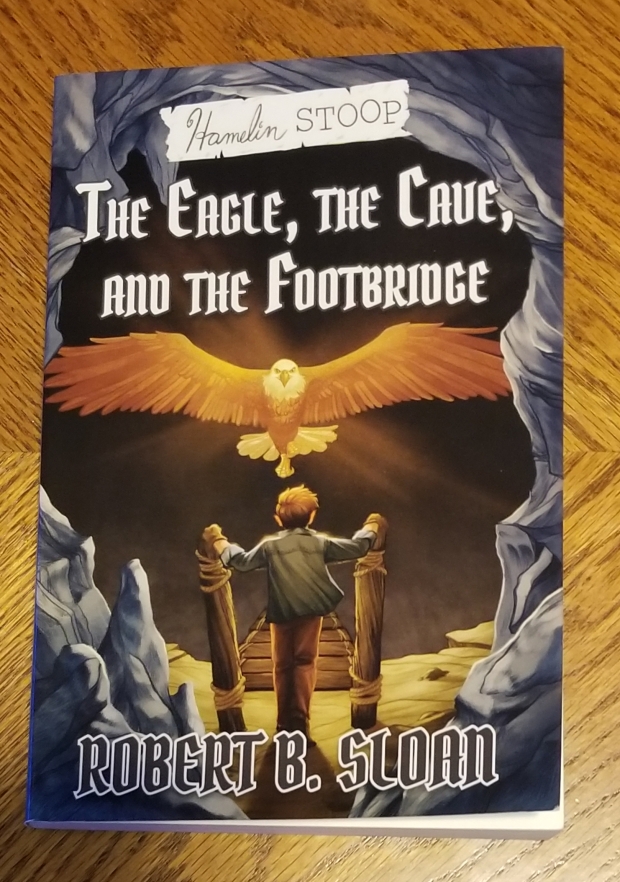 Hamelin Stoop: The Eagle, The Cave, and the Footbridge (Book 1) begins with Simon sacrificing his hideout as a diversion to protect his wife Johnnie and their son. Johnnie used that opportunity to place him in a popular spot in front of a children’s home so he could easily be found. Soon thereafter, the newlywed couple was captured and taken back to the nearby world to face Ren’dal, their ruthless leader. All the while, their son was found and named Hamelin after the based on the note he was found with. As Hamelin grows up he has to face normal childhood woes like making friends and dealing with bullies, paired with a longing for his true identity. After his 8th birthday is forgotten, the boy runs encounters the Great Eagle in the woods. Their meeting gives him information about The Ancient One, Hamelin’s role in helping others, and how he can make a difference. After his 11th birthday, his friends imply that they are also familiar with secret Eagle rendezvous and decide to help him find out more. From what was gathered, Hamelin is compelled to seek out his family history in this new world.

“I thought this book was cool! I liked the way he started the story and how the author ends the book because you know another adventure is coming. I didn’t like the reference to going to where the devil lives in this book. If it is written for children, even older ones, there are better ways to write a metaphor about a horrible place. My favorite part was when Hamelin saved his friend Paul from the same bully that annoyed him. This made Hamelin show bravery and his ability to stand up for others.” Bear, 11 years old 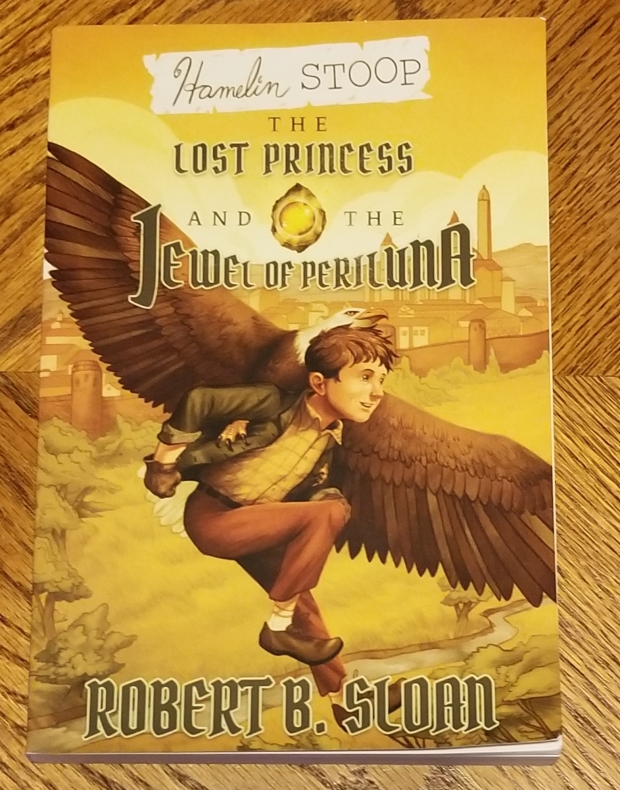 Hamelin Stoop: The Lost Princess and the Jewel of Periluna (Book 2) is the second book in the new series. After finally crossing the footbridge, Hamelin can now start his desired journey of finding his parents and his true identity. The Great Eagle is there to guide him throughout this quest into dangerous places. However, neither those obstacles nor the treacherous war between Chimera and the mysterious Ancient One will hold Hamelin back. During his travels, he is handsomely rewarded with special gifts after aiding friends in finding the kidnapped princess and stolen jewel.

“I liked how he went to the bridge again to retest after failing at 8 years old. At the new destination, he helped the Prince find the gem and a Princess find her older sister. He even saved the eagle from a bear which shows how he is a helper and hero. After saving people he even figures out a long lost Princess might be someone he knows back home. Upon his return home, he was very cautious with this new information. Though he is investigating Layla, he remains respectful and a true friend which shows compassion. I like how all the stories are connected and each ending gives you closure but also anticipation.” Bear, 11 years old

Bear found Hamelin Stoop: The Eagle, The Cave, and the Footbridge and Hamelin Stoop: The Lost Princess and the Jewel of Periluna to be unique, adventure-filled books. He liked the family and friendships formed throughout the books. He recommends these books for readers ages 13 and up. Each book can be purchased individually from the company website. The Hamelin Stoop Series, presented by 12 Gates Publishing and written by Robert B. Sloan, is also available for purchase as a set.

Click the picture below to learn other Homeschool Review Crew thoughts about these books. 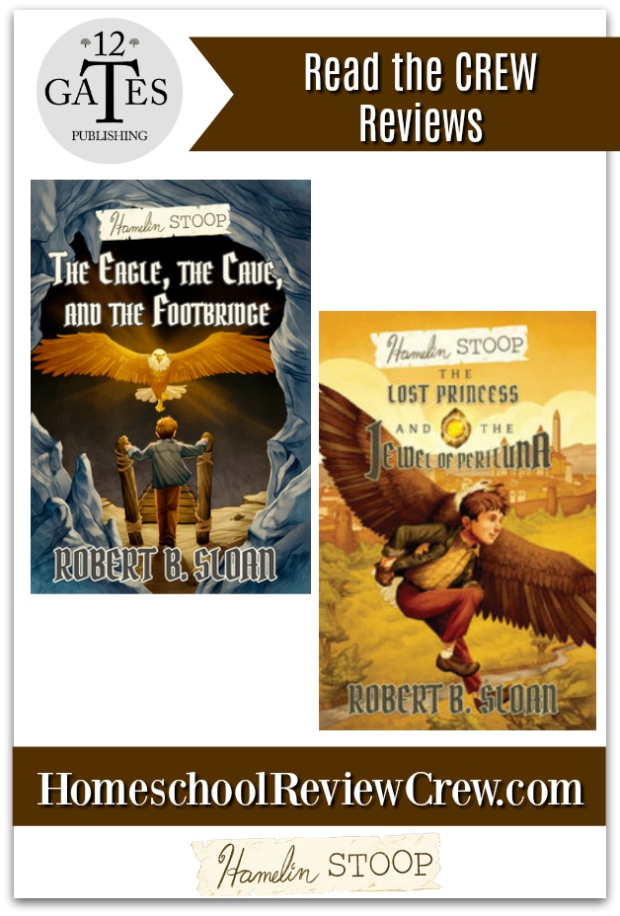 Learn more about this series on Social Media

What are you reading this month? 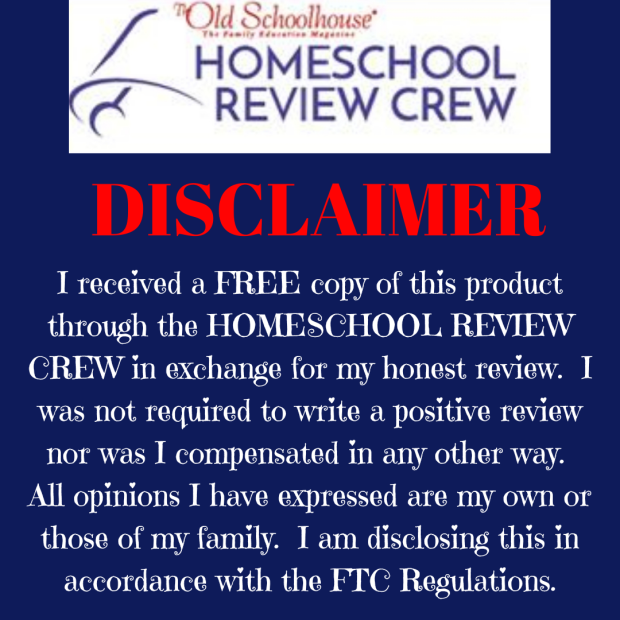