Carole P. Roman is an award-winning children’s book author with series including everything from pirates, history, geography, various cultures and civilations, and even princesses. We received three stories to review from the Carole P. Roman books and collections to add to our home library.

The Crew Goes Coconuts!: A Captain No Beard Story is another tale featuring the wild imagination of Hallie and Alexander along with a crew of stuffed animals. The parched crew anchors at a deserted island and realize they have drank all the juice boxes on this ship. Rather then figuring out a solution they take their frustrations out on one another and begin to pick and name call. The captain quickly assesses the situation and teaches the crew that we should look for something to like in everyone. The Captain No Beard series currently includes 10 different adventures. I think young boys ages 4 to 8 will enjoy the creativity and imagination used in these stories.

If You Were Me and Lived in… the Ancient Mali Empire tells of the rich history of this African civilization. Information about the layout of the land including building structure, geography, and various towns are described in detail which paints a vivid picture for the reader. She also did a good job of explaining the government, caste system, education, and introducing the language. At the end of the book there is information about famous people from the Mali Empire as well as a glossary that provides definitions for the words used within the book.

If You Were Me and Lived in… Ancient Greece dates back well over 2000 years ago. We learned about their introduction of politics, the importance of Mount Olympus, various gods, their powers, and customary traditions to honor them. Details were provided about citizen’s diets, traditions for boys versus girls, types of jobs available, local leadership during this time, and the Olympics. Brief information was also included about various philosophers like Plato, Socrates, and Hippocrates as well as conquerors like Alexander The Great. In the final pages of this book there is a descriptive list of gods and goddesses along glossary of terms for additional understanding.

The books within this portion of the If You Were Me and Lived In… series include Ancient China, Mayan Empire, Viking Europe, Colonial America and several more civilizations throughout history. I think these are great to pair with history lessons. We also own several of the cultures around the world portion of this series. Those worked great alongside our current Geography curriculum. I think both types within this series are appropriate for ages 7 and up. Keep in mind that these books provide information about all parts of the culture or civilization, including religion. The author did a good job of describing the beliefs in all the books that we read. 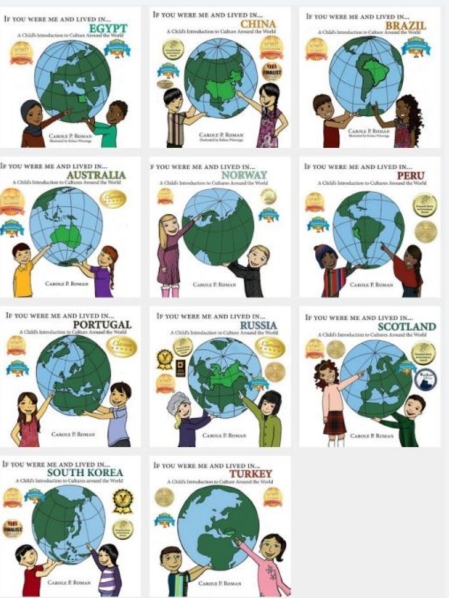 Overall, these three stories are a fun addition to our homeschool library. Carole P. Roman has authored over 50 books so I’m sure you’ll find something your children will enjoy and benefit from. The books we reviewed and many others within the Carole P. Roman books and collections are available in paperback, hardcover, and Kindle formats.

Click this hyperlink to see the other books that Homeschool Review Crew members received.